The God Delusion is pervasive like Brahman: it downloads itself on my kindle, and appears unbidden on my Audible.  It seems impervious to archiving, and creepily pops up whenever I scroll through my collection to see what I have that I haven’t yet read.

It must be that Richard Dawkins really wants me to read this book.  And let it be said right here: although I am a believer in such things that other people might consider supernatural, overall, I am much more likely to shake hands with an atheist than I am with a fundamental Christian, Muslim or other literalist of sacred scriptures, especially on the subject of Evolution vs. Creationism.

Nonetheless, Atheist, it should be clarified here, are also fundamentalists.  They brook no contradiction, no variation, and no logic against their firm belief that “there is nothing supernatural” to the world we live in or the Universe beyond it.  Much of atheists (and Dawkins’) argument relies on the premise that there is no scientific evidence whatever of the existence of God. Of course, what we know about the Universe at large, beyond our own world, is next to nil, (and one could validly argue that we know yet so little about our own world that it would be objective and scientific to say “we have no evidence of God just yet” rather than to make bombastic statement that there isn’t any evidence because in a handful of years in science in the long, long timeline of existence we have found none) but this also proven fact is not of a bother to the fundamentalist, who, by principle, is inclined to disregard fact and reason that does not cohere to his principles.

Thus, the introduction of The God Delusion, wherein a man who prides himself on his impeccable logic and rationality in rather narcissistic and unapologetic tones makes the following arguments:

There are 2.5 million Hindus in the United states alone, and nearly 1 billion in the world at large, making up about 15% of the world’s believers.  That’s a lot of God-believing people to dismiss wholesale in a short little paragraph that so very incorrectly paraphrases their complex beliefs.  In the least, if you’re going to make the argument that Hinduism is a monotheistic religion, you should get your names right.  It’s as easy as just googling or using Wikipedia.

Allow me to make one small but very important correction to your statement that all Hindu gods, from Parvati to Krishna to Vishnu are all, in fact, just aspects of Brahma, another god, and a ‘bearded guy in the sky” type of god.  I am sorry to say that, like many Westerners, you really just don’t know your Hinduism. 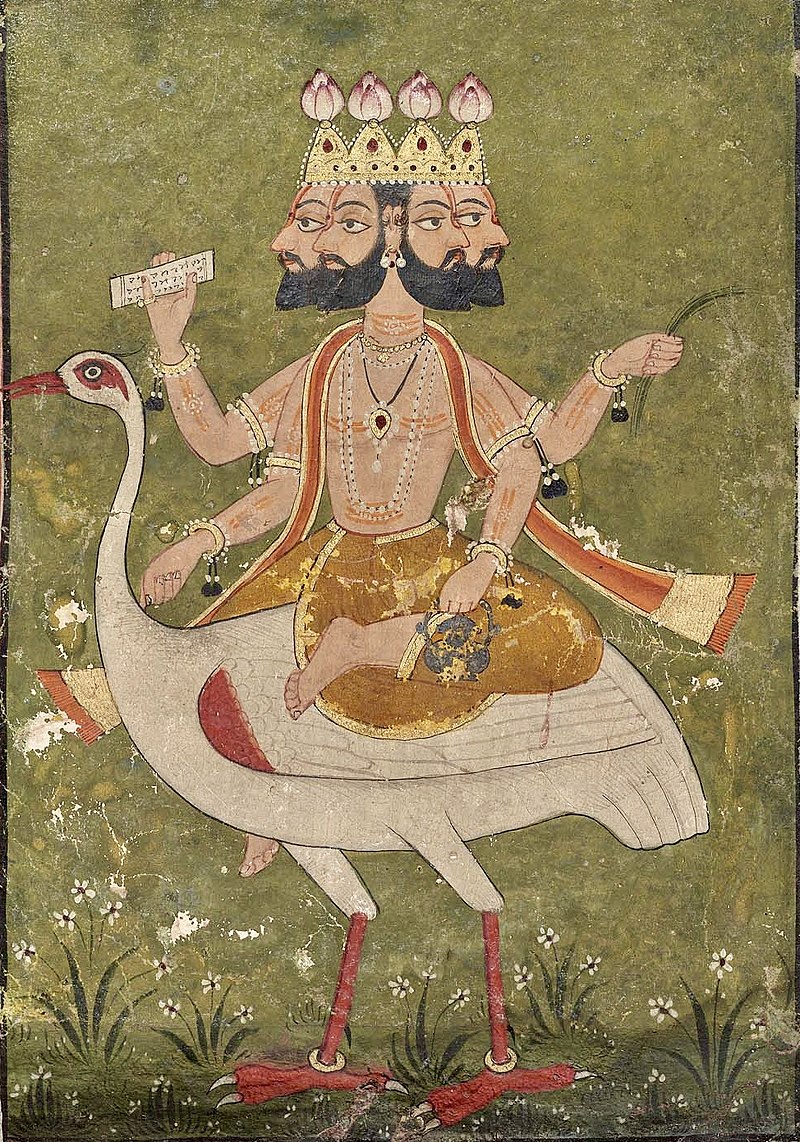 All gods are NOT Brahma.  Brahma is just as you say another bearded guy in the sky.  However, it is true that Hindus believe that all gods (and living beings, and things seen and unseen, living or not living) are BRAHMAN.

To make the distinction simple, and the importance of the mistake evident, let me give you simple, Wikipedia definition of both:

Brahmā (/ˈbrɑːmə/; Brahmā) is the Hindu god (deva) of creation. However, in most texts his creative activity depends on the presence and power of a higher god.[1] …According to the Brahma Purana, he is the father of Manu, and from Manu all human beings are descended. In theRamayana and the Mahabharata, he is often referred to as the progenitor or great grandsire of all human beings. He is not to be confused with the Supreme Cosmic Spirit in Hindu Vedānta philosophy known as Brahman, which is genderless. (Emphasis mine).

Brahman (/ˈbrɑːmən/; Sanskrit: ब्रह्मन्) is a spiritual concept in Hinduism, and it connotes the highest Universal, the Ultimate Reality in the universe.[1][2] It is, in major schools of Hindu philosophy, the material, efficient, formal and final cause of all that exists.[2][3][4] It is the pervasive, genderless, infinite, eternal truth and bliss which does not change, yet is the cause of all changes (emphasis mine).[1][5] Brahman as a metaphysical concept is the single binding unity behind the diversity in all that exists in the universe.[1]

Why is it important?  Because: 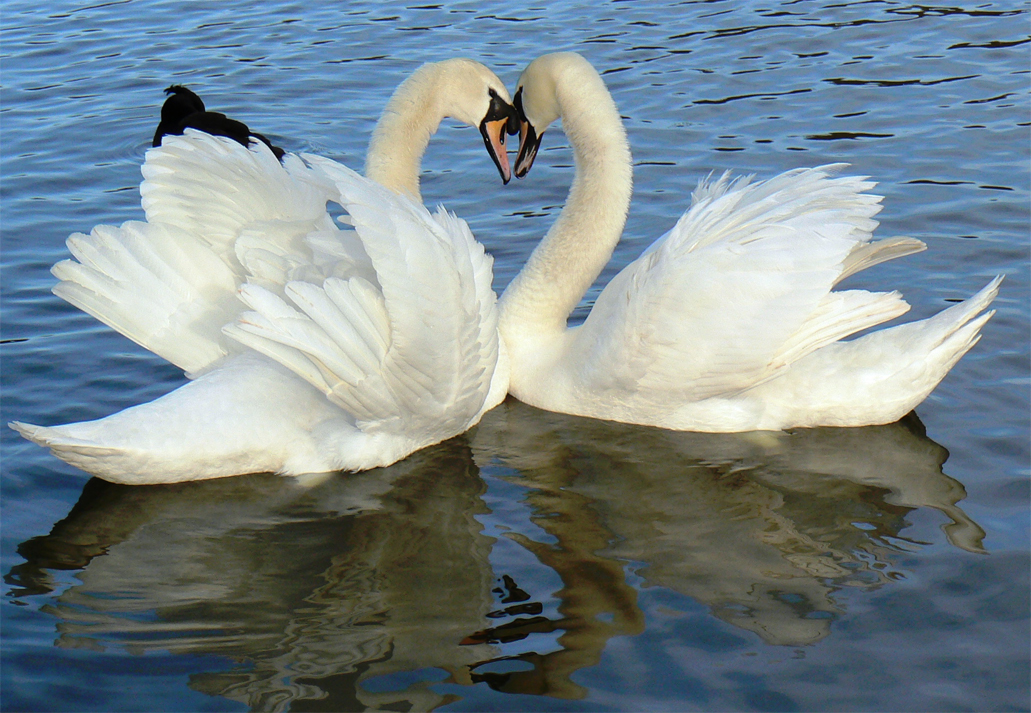 I want to do a little math here.  According to Pew Research, 15% of the world believers are Hindus. 7% are Buddhists. 1% are “other” (Taoists, Jainism, etc.) and 16% are “non affiliated.  Pew has this to say of them: Surveys indicate that many of the unaffiliated hold some religious or spiritual beliefs (such as belief in God or a universal spirit) even though they do not identify with a particular faith.  If we add them up, that is an approximate 39% or so (maybe a little less) of people who officially do not agree with a definition of God as an external, anthropomorphic entity who has an agenda and an interventionist modus operandi.  They are God-believers, but they are not atheists. They just believe in a different version of the God you have practically reduced to a cartoon.

Let’s revisit the survey that was sent out to people in order to come to the conclusions that all those who believe in a God such as you have defined are uneducated or ignorant, and everyone else is an atheist. To use a religious metaphor, the Devil is in the Details.  If you poll people with the question, “Do you believe in a white old man in the sky who has magical powers and intervenes in your life like Santa Claus” which is basically how you phrased that poll you so eminently talk about, and then ask them to rate their belief on a scale of 1-7, everyone in the 39% mentioned above will go 4 or below.  I have a sneaking suspicion that a vast majority of Christians and Jews will also choose 4 or below, since many of them have come to interpret the Bible figuratively rather than literally, including its bad-tempered God.

But, you say, it is no point at all to argue whether or not a non-interventionist God exists. But I would argue that you are wrong.  It is important to acknowledge the possibility of a Universal sentience, such as is Brahman or the God of many other types of religions that you have failed to mention or perhaps don’t even know about.  If you are amenable to the possibility of sentience, self-awareness, or a collective consciousness that unifies all individual consciousnesses (which would explain the omni-presence, omniscient qualities without the need for a paradox) it is exactly the business of science to study it.  But you cannot study something that a-priori you have excluded from existence.

There is more to say, but this post is already too long, and I was mainly concerned with your exclusion of a definition of God that predates the Judeo-Christian God.

It would never occur to me to argue Evolution with scientists without even having done some rigorous research on the subject beforehand, but your understanding of religions, and your reading on spiritual phenomena is remarkably cursory, and altogether disrespectfully lacking.  If you really want to persuade the world that there is no God, you should at least do your homework.

One thought on “To Richard Dawkins: Brahma is not Brahman. You should read up on the God issue.”