With more opportunities for indie markets, in comes some pretty interesting stuff at the movies.  As a lover of postmodern fiction, I really like a good mind-f** when it comes to a story, especially if it’s a movie, and doubly so if it’s also a comedy or romance.

Everyone’s already seen Inception, Matrix, and Memento, but here are some indies that are not blockbusters but that nonetheless deserve a (mind-boggling) watch.

Presumably, a story about the last mortal old man alive who, on his last hours on earth, recollects his life.. or is it? For the vast entirety of the movie I had absolutely no idea what was going on.  Normally, that would be a bad thing, but in this case, I was glued to the screen, feeling like I was going through a treasure hunt in a visually stunning intellectual maze.  The cinematography is jaw-dropping gorgeous (my husband the photographer assures me it is not just my commercial taste, but true talent). In terms of structure it is a masterpiece in fragmented storytelling — yes, even better than Pulp Fiction (but different!) and way better then Memento. I’m a fiction write, but I have 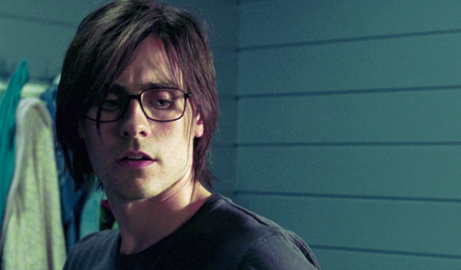 no idea how screenwriter/director Jaco Van Dormael was able to keep his threads together. It’s not until the end that it all (mostly) makes sense, and you have to pay close attention. But even if you don’t like mind games, you may really love the movie simply because it’s a moving love story, and a heart-breaking coming of age story.  And, because, well, Jared Leto is hot. I mean…look at him!

Now free on  Netflix, it’s worth to give the story a chance, in spite of its really odd cinematographic choices (the camera is never still), and a somewhat awkward structure in the story at times.  Since I read hundreds of stories every year (and watch a sizable amount of movies, too), it’s pretty hard to surprise me when it comes to plots, but this one was wholly original, unusual, and tongue-in-cheek.  Not as difficult to follow as Mr. Nobody, Frequencies nonetheless boasts a fairly complicated storyline following three main characters and their interactions, which are, depending on how you want to interpret th

e science associated with the story idea, either totally random or totally pre-determined.  Yep. It’s that kind of story. But it’s a sweet story, about the triumph of love… and music! Still, what I like best about it is the ending, which I won’t give away for spoiler’s fear, but you’ll never guess in this world of string-particle science, who, of all people, gets to have the most power. 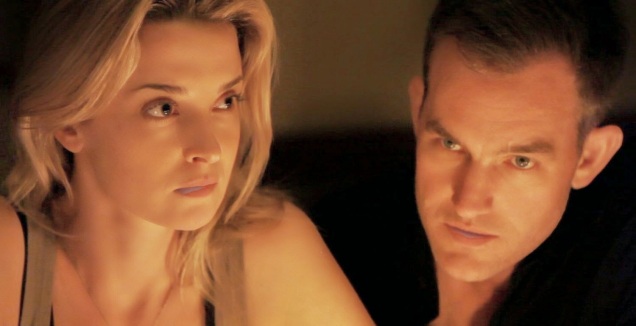 It took me a long time to finally get bored enough to watch this one, as the trailer seemed to promise only a tangled, guerrilla-style horror movie about the last man standing. You know the trope: some friends get together for dinner and are stuck together in a house… I was pleasantly surprised and now am thinking of watching this again a few times, and maybe teach it next time I teach screenwriting. The opening was chaotic, difficult to follow as everyone in the movie talks over each other as the camera moves from one actor to another with the grace of an amateur movie shot on an iPhone, but past the awkwardness of the first act (for non-movie experts, that’s about 15 mins), the twists begin.  This one, too, is a kind of love story, a tragic one, at that.  And an unusual take on meteors and parallel realities.

The tension mounted surprisingly fast, the characters acted believably. The drama thickened with the complexity of the situation (and of the quantum physics).  The ending was perhaps a little forced, but all the same, not predictable.  The sign of a great movie to me? It keeps you thinking long after you’ve stopped watching. This one definitely did the job.