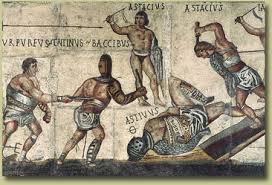 I admit that I wasn’t all that hot on the GoT fashion train when it first became the GoT fashion train. I read the book, only the first one. It felt tediously slow and unreasonably long for what I got out of it.  It had way too many characters and the plot advances at a truly glacial pace.

But it must have had something, because I finished that first book and was curious enough to watch a few episodes of the first season. When you teach writing and film, you should do these things, so I did: I watched GoT.  I admit it. It eventually grew on me, and I watched all three seasons available, and like all GoT fans, I ended up anticipating the fourth.

When a preview special came out in HBO go we were promised that finally the “good guys” might get some payback, but in fact the first episode seemed to suggest quite the opposite.  Way to open a season, with a sadist who has already castrated one man chasing after a helpless girl with arrows and spears and hunting dogs.  I was moved to silence watching the girl get torn to pieces for no reason whatsoever. I didn’t even recognize the sadist: he was a relatively uninteresting character in the previous season. And the girl was a “throw away” – introduced to the show merely for the viewer’s pleasure of watching a pretty thing torn to shreds by dogs.

This was disturbing enough, but those who watch GoT know to expect all sorts of cruelties and unpleasantness.  Still. Maybe it was having to wait for the season (I watched the other three when they’d already been out and old news) that gave me the distance I needed to reflect at how poor a show this really is, how badly written a story, how shallow a cast of characters.  It hit me all at once in the last episode I watched, the third episode of the season, when the Queen is raped by her brother/lover in the great hall where hers and her brother’s son’s cadaver is lying, freshly dead.

Aside from the fact that it is decidedly out of character for Jaime Lannister to suddenly turn into a rapist. Sure, we did see him push a little kid out of a window in the first season, but he seemed to have come a long way since, and he is not consistently unscrupulous, least of all to the woman he loves. It’s not that I don’t put rape past this character. It’s just that I don’t put rape-while-in-the-presence-of-your-newly-dead-son’s-slowly-putrefying-cadaver past this character — past any character that has any shred of believability.

But I don’t bring it up because I intend to moralize, lest it may come across as censor. It is entertainment, crude entertainment of the most vulgar kind, and that is just fine.  But it is boring. Yes, it is boring. And unimaginative.

Of course, when you start a season with a brother and a sister having sex and throwing a little boy out the window, crippling him forever, in order to safeguard the secret, then what do you have left to entertain your readers/viewers when that is the only real hold you have on them?  Of course, eventually, you will have to up the stakes;  and therefore, father and mother, who are brother and sister, violate a funeral by having violent sex.  When you don’t know what else to write, write something disgusting, violent, and sexual. Any first year college student could fill out a book of those types of scenes.  It’s a whole lot harder to try to write something subtle, a scene of real emotion, a tender moment of grieving for a son who might have been in life a monster, but who is nonetheless, a son.  That would have been well beyond any of the GoT’s writers abilities.

Even as a fantasy, GoT fails: it has none of the imaginativeness and mythological depth of The Lord of The Rings or The Mists of Avalon. It has nothing new to present on the imaginative level.  It is just, let’s face it, a Gladiator show where the whole purpose is to watch one character after another fall each to increasingly more pointless and more inane manifestations of cruelty and violence.

One thought on “How GoT Lost Cred”