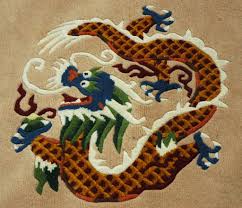 I ran across an interesting article today in the New York Times about a new exhibition at the Rubin’s museum on Tibetan healing arts.  The exhibit takes great pains to show the intricacies of the medical arts, even if they rely on what Western scientists would consider voodoo.

The writer of the piece seemed quite frustrated by all the emphasis of Tibetan medicine on chants, magic and astrology.  Phrases from the sacred literature inspire comments like these:  “analyzing bowls of urine for “color, vapor, odor and bubbling” is just too strange to leave unexplicated.”  And justifiably, the writer observes, “these techniques require many years to master, and we get no sense of the intricacies involved; the quiz risks making it all seem cursory.”

But what I appreciated the most about the article was that, in spite of the resistance to the spectrum of mediums that many westerners would consider too “out there” to take seriously, the writer acknowledges a rigorous discipline that transcends mere superstition and folktale optimism:

If this is magical thinking, it is not magic as we commonly understand it, wielding seemingly impossible powers. It is magic that relies on a conviction that different realms are images of one another: Metaphors are literally true; this really is a version of that. Medicine is astrology because the forces governing the body are the forces governing the heavens. Similarly, medicinal herbs are characterized as hot or cool partly because of where they grow, and that is directly related to their warming or cooling effects. Act in one realm — the heavens, the body or the botanical — and you also act in the others.

When I first began to search for spiritual awakening, I had very definitive ideas about what constituted reality, what constituted fantasy and imagination, and what constituted the supernatural, the sacred, and the occult.  It is different now.  If someone asked me how do I know if something really happened or if it was just in my head, I would say, What difference does it make? But it won’t be understood the way I mean it.  This person questioning me would demand that I draw a line in the sand, placed a garrison at the border and threatened all intruders with raised spears.  To that person, if I imagined something unnatural or extraordinary, it has far less meaning than if I witnessed it.  There is a need for authentication of experiences as if they were transmigrating, passing through customs at the airport, having to show their passport and their fingerprints.

For me, however, those realms are not quite so divorced from each other: imagination can sometimes provide surprising and unexpected experiences that seem to arrive as if inspired by some numinous force un-related to my conscious self. These experiences are every bit as uncanny and valuable as they would be if they were miracles, or supernatural phenomenas.  The challenge is not so much in sorting and labeling them: it is in recognizing their contribution to the wholeness of your well being, and whether what they bring are symptoms of something positive or negative.

I will make clear here that I am quite aware, cognitively, intellectually, philosophically, physically, of the difference between imagination and reality, and also of the difference between these two from that third elusive element that baffles both, the much-disputed supernatural or surreal.  But knowing the difference does not require us to fence off these territories and barricade ourselves into one, defending it like a fort.  We should not pretend that we can actually tell where these boundaries lie, or that we would be able to fence off borders if we wanted to.  We may have instruments and mathematics sophisticated enough to detect dark matter in the Universe, but we still cannot explain the real nature of consciousness.  Theories attempting to  account for our conscious awareness are wild and disparate straw-grasping disguised in academic language and scientific jargon: consciousness is a disease of the brain, some say; others just claim it doesn’t exist.

We cannot explain consciousness because we haven’t yet wanted to include in our pursuit of truth measures and methods that will encompass every aspect of conscious existence: material reality is not the only reality.  There is dream, fantasy, thought, projection, delusion, and yes, sacred experience. Whether you wish to interpret these other forms of living as psychological metaphors or external phenomenas is really not as important as we tend to believe.  We live through the filter of our brains, regardless.  Our thoughts are part of our existence, and with them, come fantasies and dreams, as well as unexplained manifestations.

One of the most difficult challenges of trying to write a spiritual blog or essay is that so much that transforms us is subtle, a simple shift in perception, so small it hardly draws a yawn, but one that nonetheless colors and alters everything thereafter.  Wisdom is reduced to a few banalities: the most profound insights will sound like trite bumper-stickers to the uninitiated, who is expecting a blighting light to shower from the open heaven, oceans parting before disbelieving eyes.

One of the shifts in perception that brought me closer to harmony with the numinous was understanding that the boundaries between the imaginary, the surreal, and the real are quite permeable.  Human beings are walkers of multiple worlds.  Our insistence to dismiss fantasy and reality as something “out there” that does not affect our material world is a small but important misconception, one that affects us profoundly, and seldom positively.

Tibetan masters chose not to draw arbitrary boundaries between the worlds they saw and touched with the ones they could only glimpse or imagine.  They chose not to put hierarchies of value between a simple intellectual insight and rare physical phenomena. Nature is blessedly obvious in confirming to us on a daily basis that everything counts: the orbiting moon affects the tides; the weather affects disease; mental health affects physical health, and so on.  The view that Tibetan medicine took was simply one of studious inclusion.  Western scientists might just well learn something important from that.