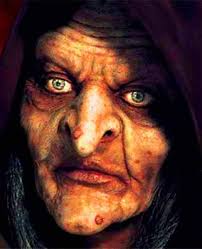 This isn’t in the usual style of my posts for this blog, but I saw this article today posted by a friend on FaceBook, and I just had to share what I think about this:

A mob stripped, tortured and bound a woman accused of witchcraft, then burned her alive in front of hundreds of horrified witnesses in a Papua New Guinea town, police said. It was the latest sorcery-related killing in this South Pacific island nation.

Last week I posted a book review of George Suanders’ Tenth of December, which is a story collection that examines the moral reverberations of trivial decisions in a tech obsessed world.  But we really don’t have to go to fancy drugs that change our emotions to revisit an old truth about the nature of humanity.

The Milgram experiment, so called because it was instituted by Stanley Milgram, a Professor at Yale University, is one of the first psychological studies to bring attention to how people are prone to act against their own conscience, given sufficient social pressure.  Milgram wired up a bunch of prepaid actors to pretend that every time the experimenter pressed a button they were receiving an electric shock, each time more potent than the time before. Sadly, Milgram proved that as long as there is sufficient external psychological pressure, normal, “decent” every day people would continue to press the button, listening to what they believed were the howls of experiment study participants being electrocuted, in some cases, to death, merely because they were told to do so with sufficient authoritative poise. (The people being “electrocuted” were paid actors, only pretending, but the people pushing the buttons didn’t know this).

Which leads me to the next paragraph in the article I read:

Bystanders, including many children, watched and some took photographs of Wednesday’s brutal slaying. Grisly pictures were published on the front pages of the country’s two largest newspapers, The National and the Post-Courier, while the prime minister, police and diplomats condemned the killing.

The story gets even more bizarre when we learn that there is a vigilante group that apparently is organizing witch killings.  In even more baffling details we learn:

In other recent sorcery-related killings, police arrested 29 people in July last year accused of being part of a cannibal cult in Papua New Guinea’s jungle interior and charged them with the murders of seven suspected witch doctors.

And these witch-killers had the following modus operandi:

Police alleged the cult members ate their victims’ brains raw and made soup from their penises.

The killers allegedly believed that their victims practiced sorcery and that they had been extorting money as well as demanding sex from poor villagers for their supernatural services.

First of all, I’m impressed, as a writer, that the reporter took care to specify that the vigilante witch killers ate the brains “raw.”  We all know that a human brain, if fricasseed, deep fried, or sauteed with cardamon makes a nutritious and satisfying meal. But culinary caveats aside, what can we say about human nature?

It seems like hypocrisy always clings most to the hands of the righteous.

And a crowd of hundreds watched this poor woman get tortured with a hot iron rod then burned alive.  And the police has yet to apprehend a suspect.

I want to believe that if I were a person in a crowd witnessing a witch burning that I’d try to do something about it.  The thing is that history is paved with preventable crimes witnessed by the mute, the ambivalent, the non-speaking, non-acting masses.  I also feel that from this comfortable couch, from the safety of the laptop through which I watch the world burn, it’s always easier to see the big picture, to pretend that I’m not a part of it, that I haven’t somehow contributed to the drama of humanity, so quickly wrapping up for its unhappy ending.

So, I imagine that if I were sitting in a crowd and they were burning a witch, I might look to my neighbor and see what she is doing because honestly, I probably would not know what to do.  I would be so flabbergasted and upset that I might not even think to run after a mobster.  Or maybe I would.

When I used to live in New York, I was once waiting at a bus station.  A man in a convertible rolled up and called me a whore.  There was no reason for his doing so other than that I must have seemed like an easy target: I was dressed in a business suit, buttoned up to my neck, and the skirt I wore reached past my knees.  Not to sound like a victim, but being verbally assaulted without provocation by strangers who feel compelled to tell me that I’m ugly or pathetic is oddly not unusual for me.  As in the case of a goth girl in a coffee shop who saw me using my laptop in said coffee shop and somehow felt that this was worthy of an insult.

I always have the same reaction of urging, burning righteousness when someone offers their unsolicited opinion of me, and so when the convertible was forced to stop at a red light, I chased after that guy, calling him all sorts of unpleasant expletives  and giving him a piece of my mind.

He so had not expected me to talk back: I was pretty young, with librarian type glasses, stringy arms and legs and wide, astigmatic eyes that revealed my basic out-of-it-ness, and the guy in the convertible looked like he could lift a dead moose with one hand while flicking a cigarette with the other, yet there I was, daring him to come out the car and have a word with me, some quiet part of myself warning, That guy is mean and big and drunk and wanting to punch you out, and these people around you at the bus stop are already putting a cautious distance between you and them, and nobody is going to come to your rescue, because, let’s face it Laura, you’re not the type of girl to inspire knight-in-shining-armor behavior.  But mouth just kept going: F@#%#@ you!

I’m not really sure what else I have to say about it, or why I wanted so much to share it.  Maybe the unconscionable violence of it stimulates my having to reach out and ask, This is not all right.  I’m not the only one to think so, am I? You do understand this is not all right?

I think it’s so unfortunate that I must read this sort of news in 2013 and the disturbing suggestion by the government of Papua New Guinea that witch trials be instated so as to avoid mob killings.

Lately I find myself missing the apocalyptic Dec. 23 2012.  At least, whether we were going to explode or awaken into enlightened sages, there was a deadline, an end to the cycle.  Instead, here it is, same ole same ole.

2 thoughts on “Did You Say Witchcraft?”